Amou Haji has an aversion to soap and water and even the suggestion of a bath drives him crazy.
The 80-year old has lived alone in the Iranian desert for the last six decades but Amou is amorous and looking for love.
Not surprisingly he doesn’t have too many friends around for dinner as his favourite meal is rotting porcupine meat.

But he does like a sociable smoke inhaling dried animal dung instead of tobacco.

It is easy to see how freeing yourself from the burdens of living in a materialistic and consumer-driven society could be, but this is an extreme take! 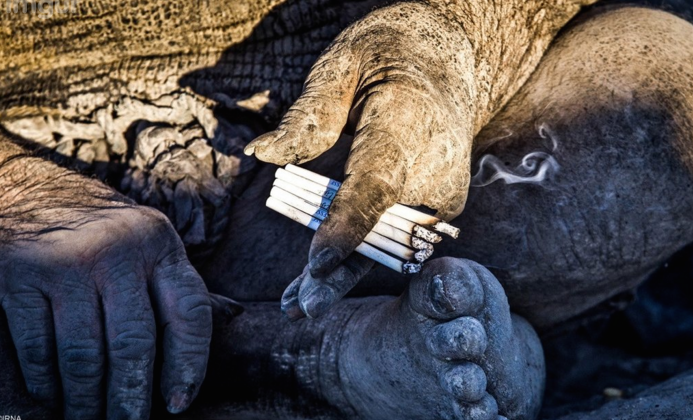 .There’s been 3,120 Saturday bath nights since but soap has still not touched the hermit’s leather-like skin.
Once he claimed a group of young men tried to give him a shower but he escaped before the dreaded water touched him.

Local people say he suffered an emotional setback or a broken heart as a teenager and decided to spend the rest of his life alone in the wild.
To stay healthy he drinks five litres of water from a rusty oil can every day.